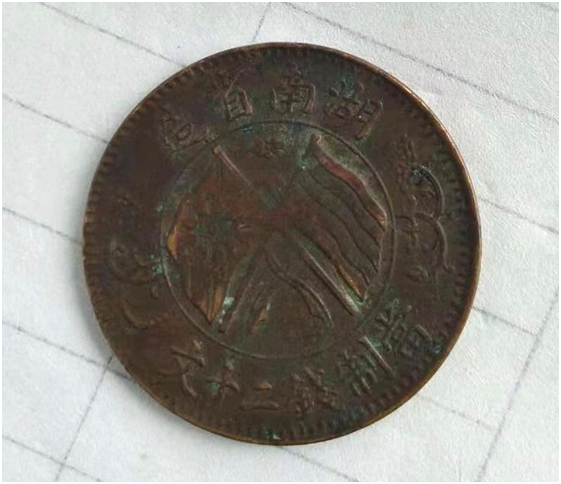 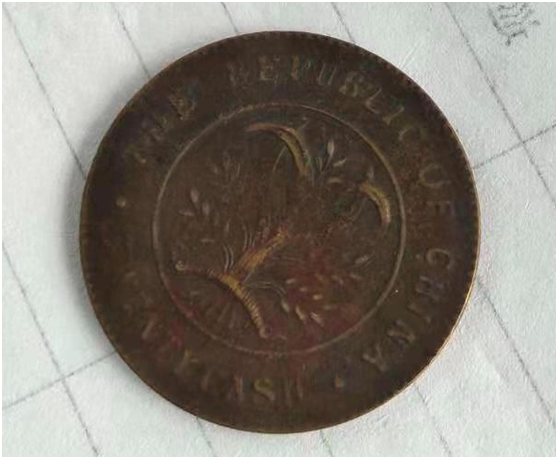 This "Double Flag coin" was made in Hunan Province for 20 articles. During the period of the Republic of China, it was a copper coin with unique design. The front circle of the coin is engraved with cross five-color flag and iron blood 18 star flag. The upper circle is written with "made in Hunan Province", and the lower circle is the value of the coin "when making 20 COINS".

The reverse of the coin has two cash and the publishing of China on the outside, and the inner ring has the pattern of Jiahe rice with luxuriant branches and leaves, implying "family harmony", implying that the country pays attention to the life of farmers and the people, and the picture is very harmonious. The overall color of this coin is ancient and heavy. Its writing style is smooth, the decorative carving is exquisite, the side teeth are arranged clearly and regularly, and the depth is moderate. Looking closely at the aging and wearing degree of the coin, it is natural that the copper is ancient and mature, the coating is mellow, the punching pressure of the word mouth decoration is moderate, and the product is in good condition. Although it has gone through vicissitudes, the lines are still indistinct. Double Flag coin not only has the significance of commemorating the establishment of the Republic of China, but also is used as currency. This copper coin has a very high collection and investment value due to its small extant age. It has witnessed the deposition of its historical age. It is not difficult to see its obvious historical transitional characteristics. The copper coin has gone through many vicissitudes and has an indescribable collection and investment value.

The Double Flag coin issued in the Republic of China, as a well-known copper coin in China, is a reflection of the political, economic, cultural and artistic conditions in the period of the Republic of China. Therefore, its value has been found by more and more people, and it has been collected by more and more people. The development of high price double flag coin in the auction is amazing. It is understood that the overall market trend of Shuangqi currency is rising, with a very considerable prospect, which is clear.